UKTMP JSC is one of the largest vertically integrated industrial enterprises in the world, which includes all technological steps from the extraction of raw materials to the production of finished products. The production structure of UKTMP JSC includes 5 main and 8 auxiliary workshops, as well as subsidiaries and joint ventures. The plant products are certified by all world aerospace companies. Kazakhstani titanium occupies 11% of the world market, 18% of the titanium market in the aerospace industry, is used in shipbuilding, medicine, oil and chemical industries. The partners of UKTMP JSC are such companies as Boeing, Airbus, Nippon Steel, SNECMA, General Electric and many others.

The most important capital for the plant has always been and remains people. The creators of Kazakhstan titanium are unique specialists dedicated to their job. To be an employee of UKTMP JSC means to be a professional of the highest level. In our team, you will find the most ambitious challenges and projects of an international level that will expand your professional horizons, real prospects for personal and career growth, continuous training and development, social support programs, and most importantly - a feeling of involvement in an important common activity that is significant for the Republic of Kazakhstan and the whole world. We help people to take a step beyond possibilities!

Shares of UKTMP JSC  listed on the Kazakhstan Stock Exchange

11% UKTMP titanium in the world

JOIN THE TEAM
We provide each employee of UKTMP JSC with a decent life, personal development, meaningful work and the opportunity to be proud of its results
CAREERS 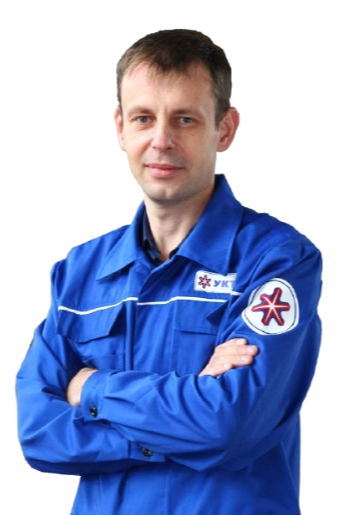 Head of the workshop No. 1

Sergey Loshkarev
Head of the workshop No. 1 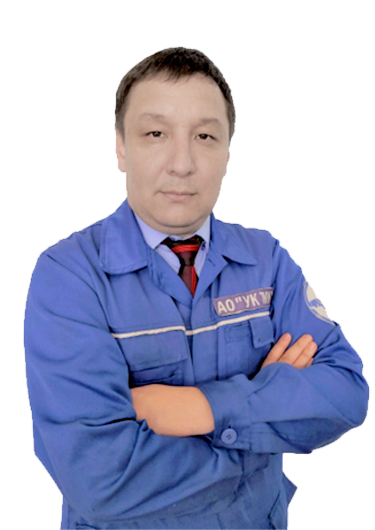 Head of the workshop No. 2

Aslan Kadyrov
Head of the workshop No. 2

Head of the workshop No. 3 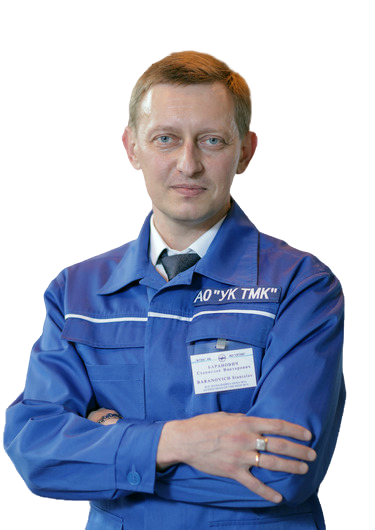 Head of the workshop No. 14

Stanislav Baranovich
Head of the workshop No. 14

Today, all employees of the company have access to high-quality medical care in our medical center, free physical training, our out-of-town recreation centre and leisure in the cultural centre of Sogra settlement. 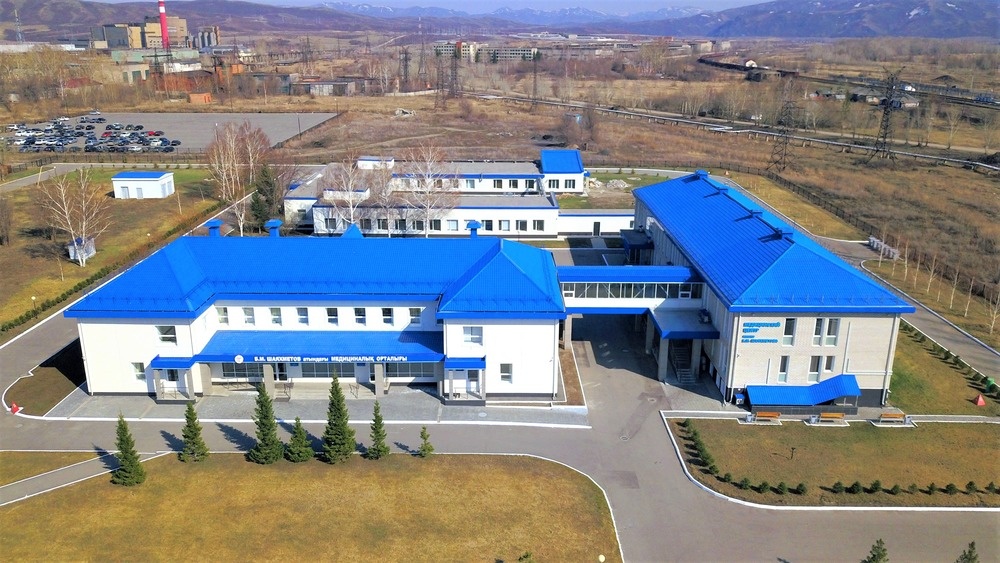 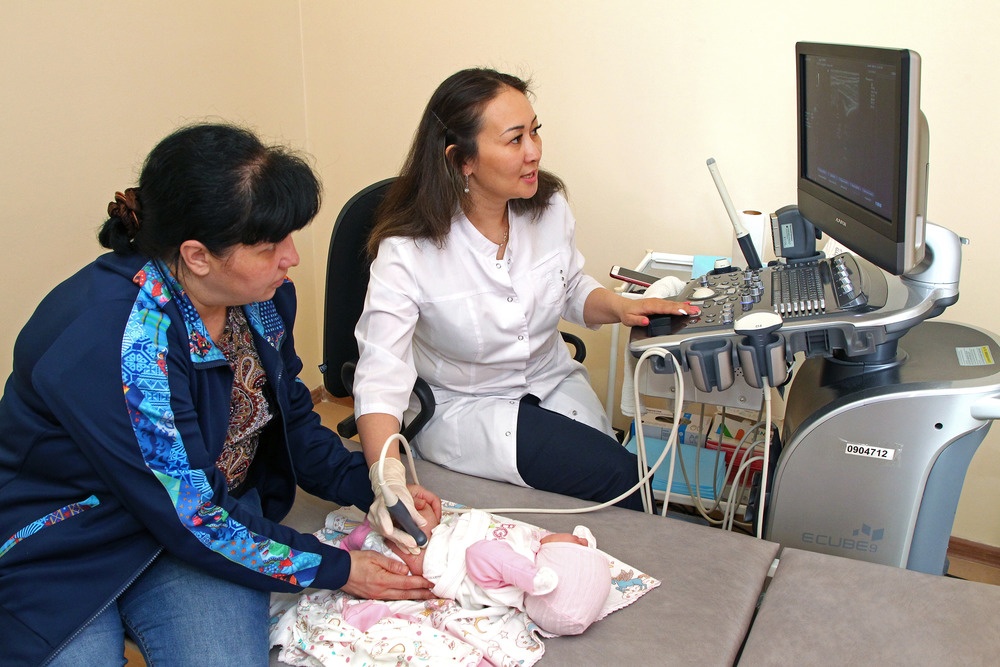 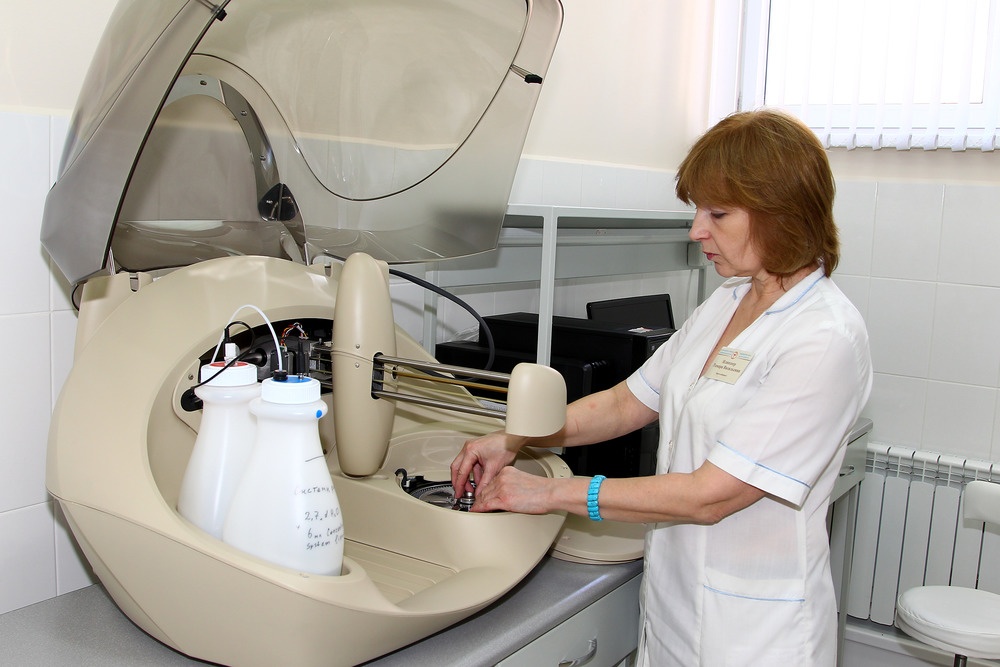 The uniqueness of Medical center is that it is a “one-day hospital”. A patient who comes to the center will be able to receive a full range of high-quality medical services, from diagnostics to the required medical procedures. In the Medical center named after B.M. Shayakhmetov consultations are carried out by doctors of 20 different specialities. The Medical center is equipped with state-of-the-art high-tech medical equipment of the world's leading manufacturers 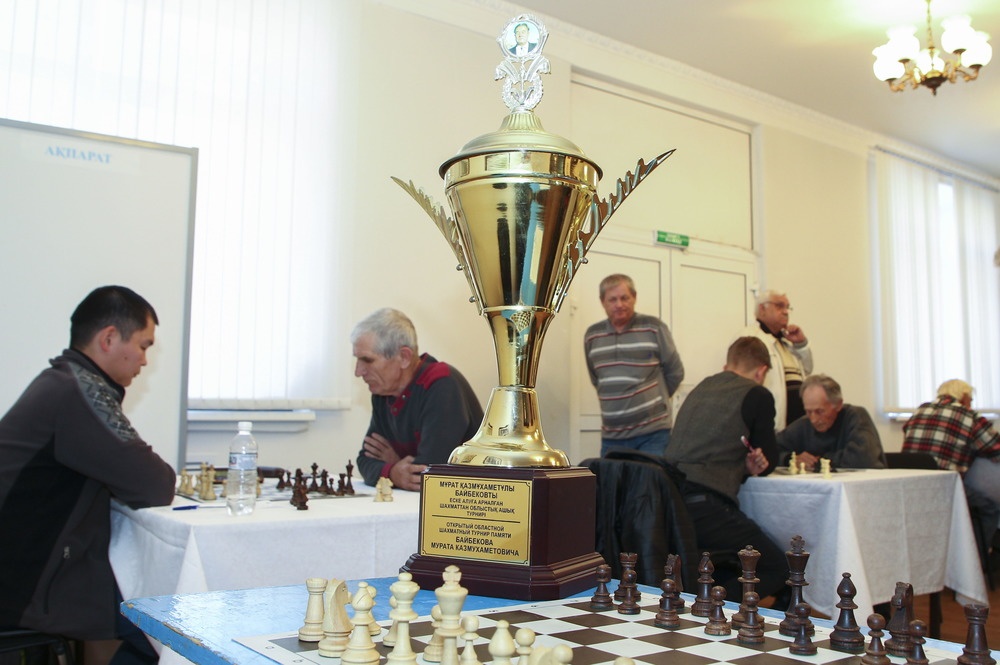 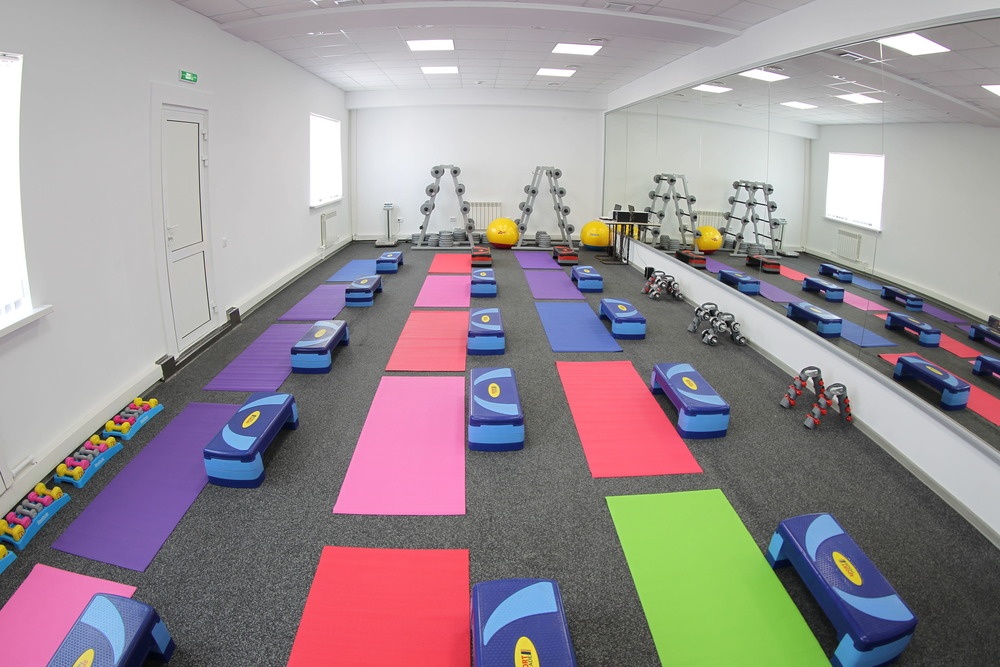 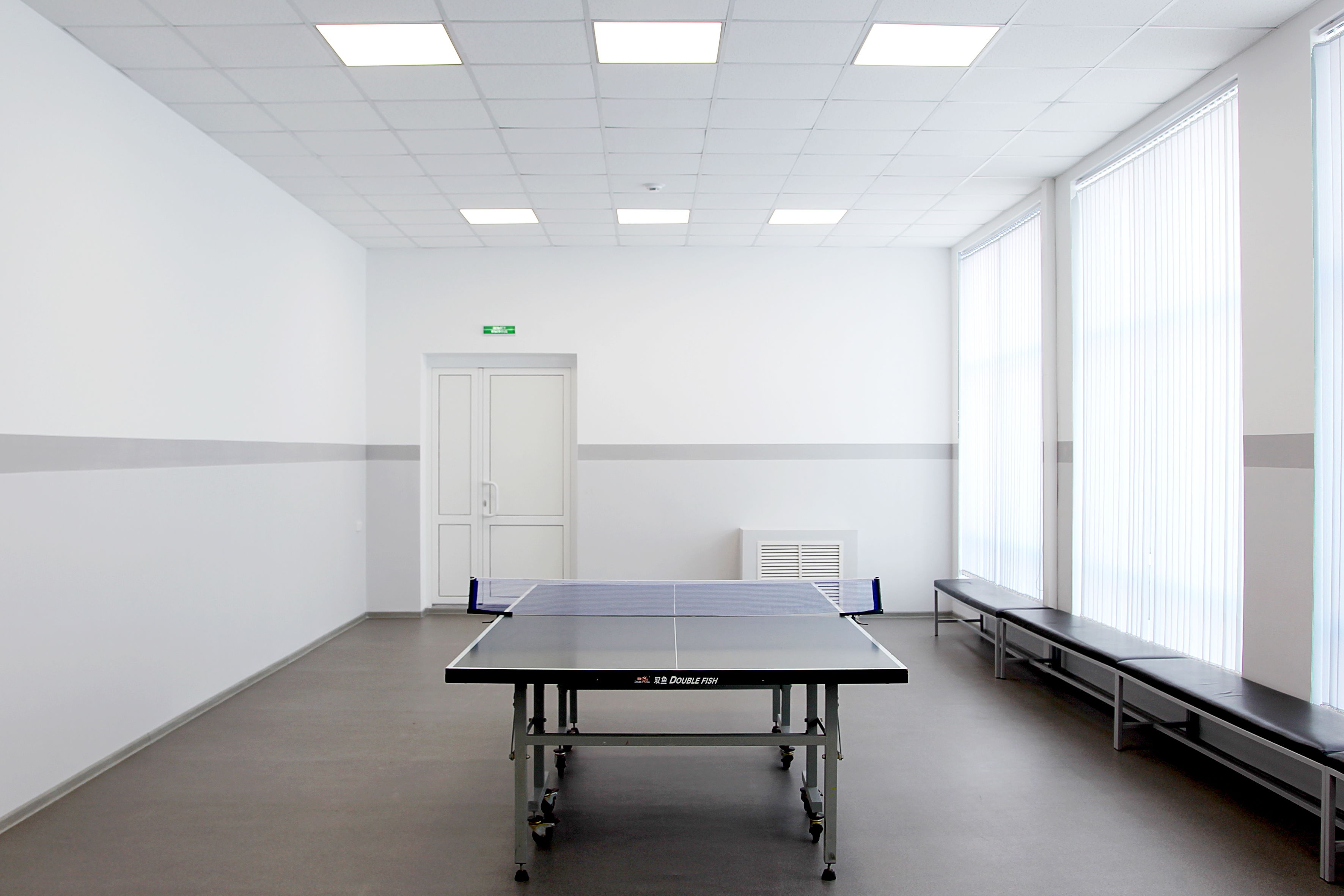 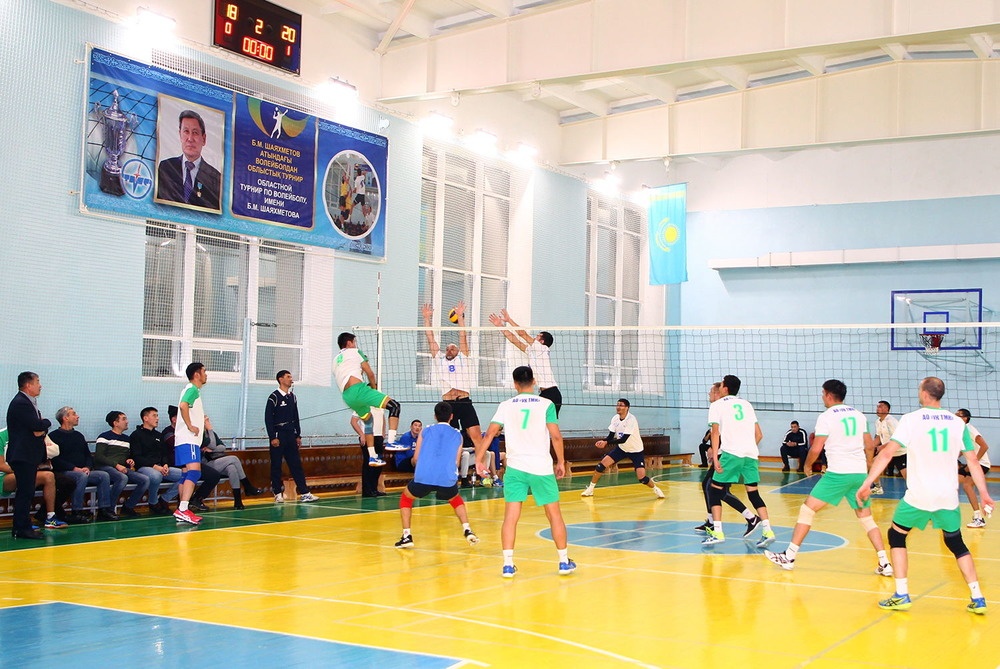 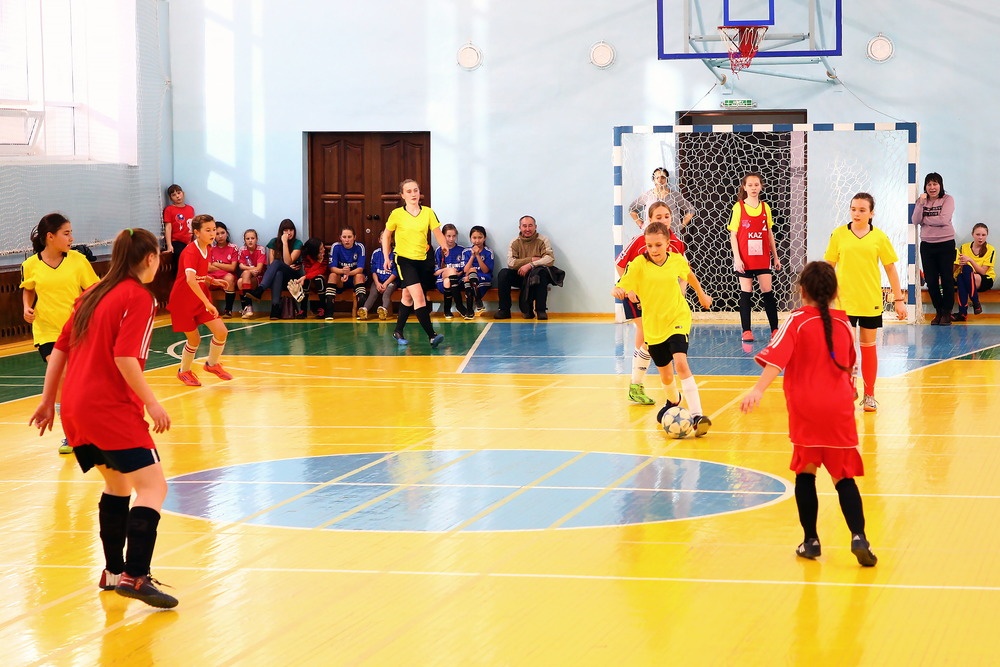 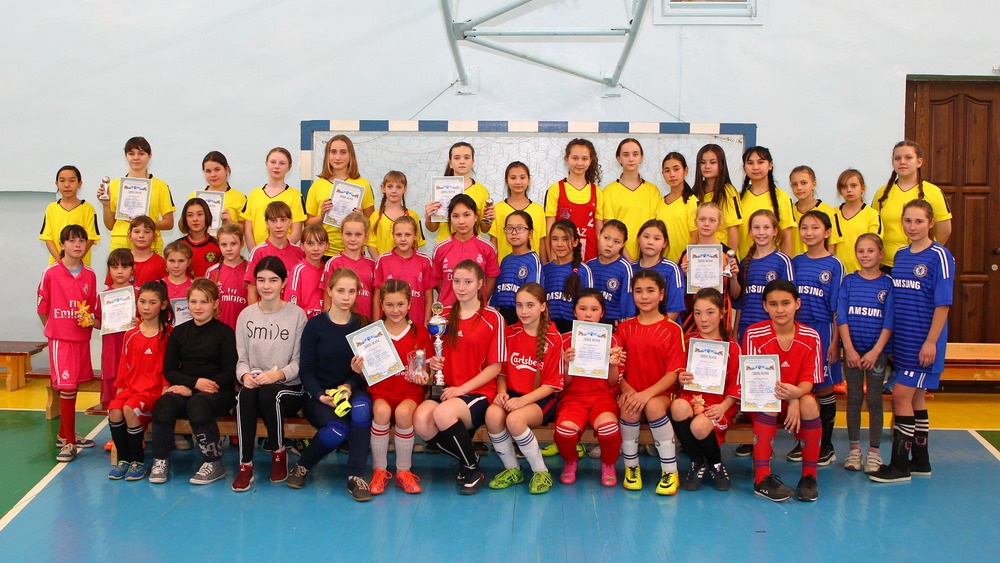 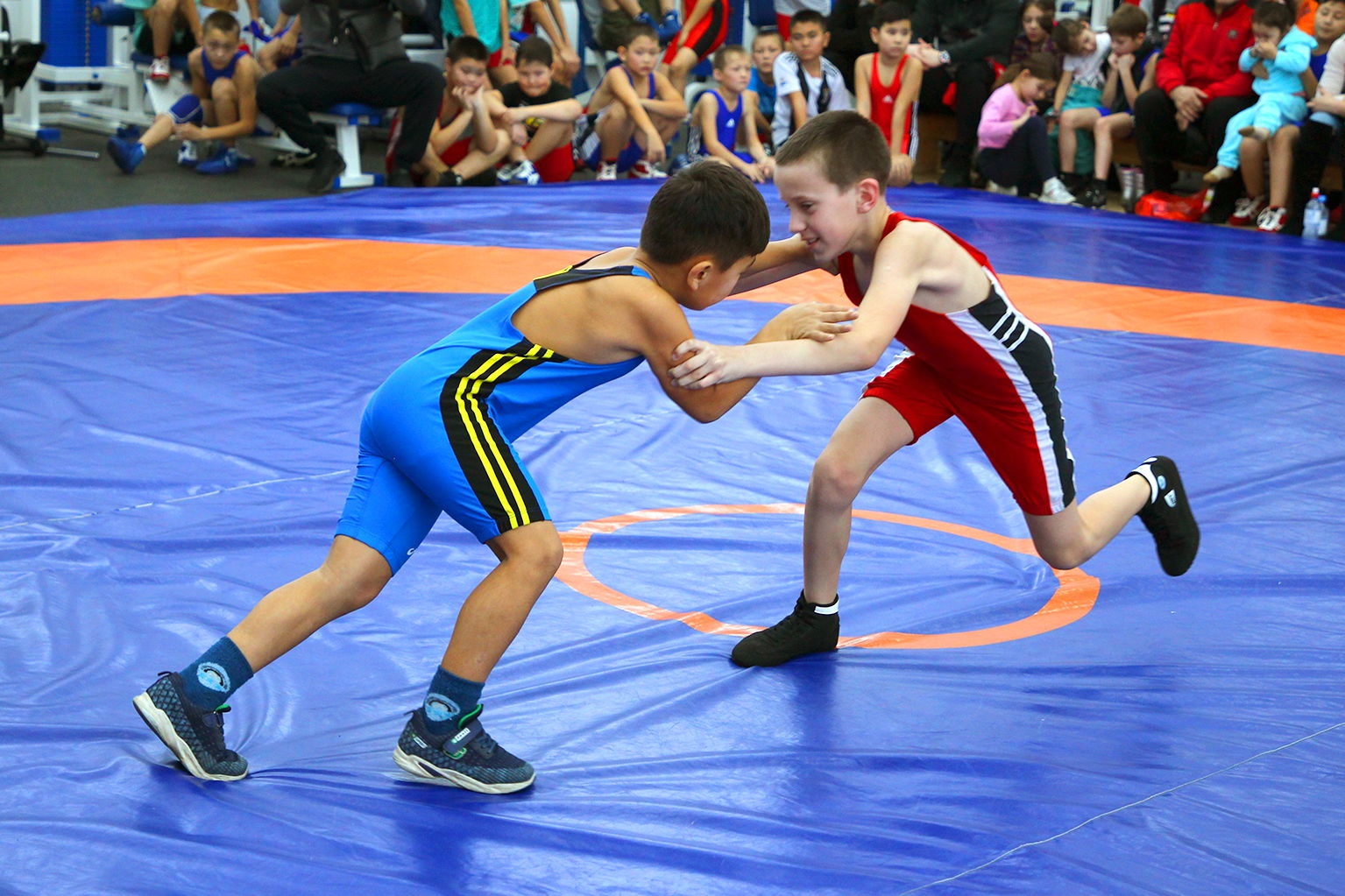 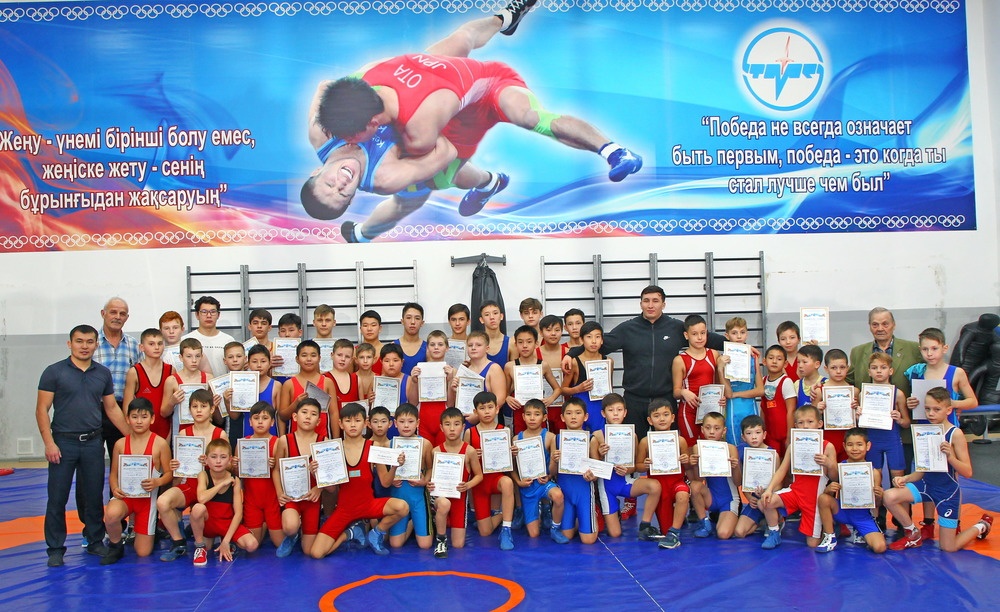 For the development of physical culture and sports, UKTMP JSC has its own technically equipped sports complex, which includes indoor games, athletic and tennis halls, the Titan Stadium in New Sogra settlement with a swimming pool, and various sports grounds. The main sporting event among the employees of UKTMP JSC is the annual complex sports festival of the plant among engineers and labour collectives, within the framework of which competitions are held in 15 sports. And also, the annual volleyball tournament named after B.M. Shayakhmetov and Baibekov’s Chess Tournament. 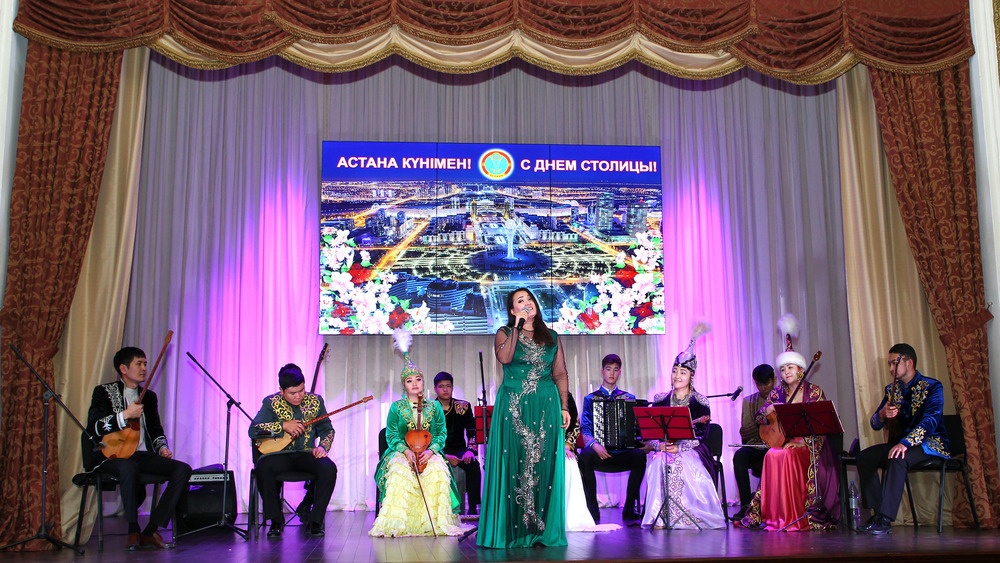 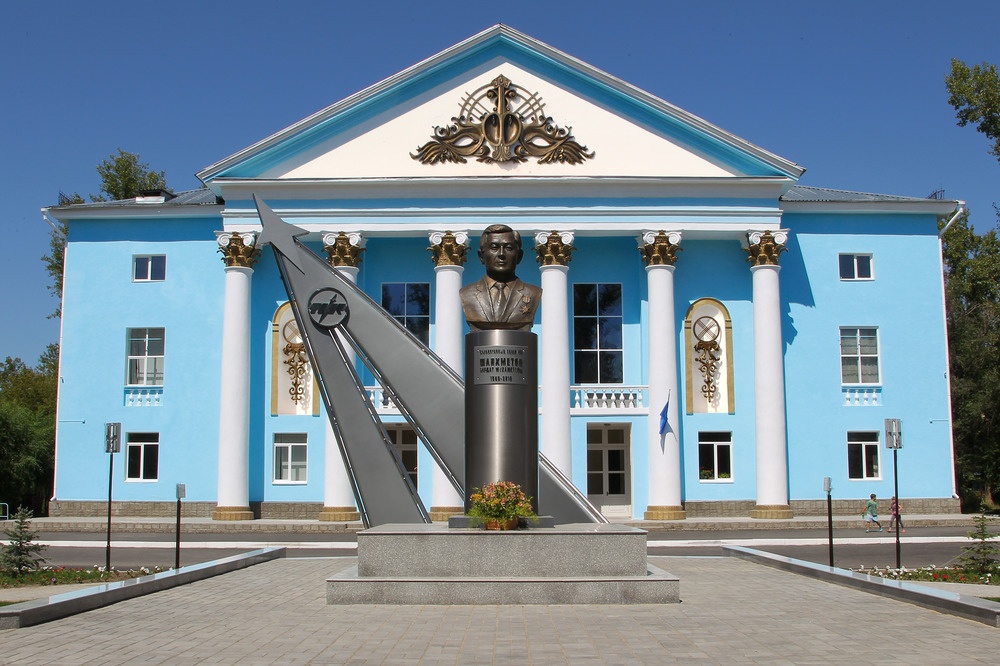 The Culture center of UKTMP JSC is the main venue for all cultural events of the regional, city and republican level. 4 creative teams work here permanently: the choreographic ensemble "AKKU" and "VOYAGE", the choir of veterans of UKTMP JSC and the vocal group "Sudarushki". Creative studios and clubs are operating for children. The Culture center has a library with more than 1,500 books, where anyone can enrol. 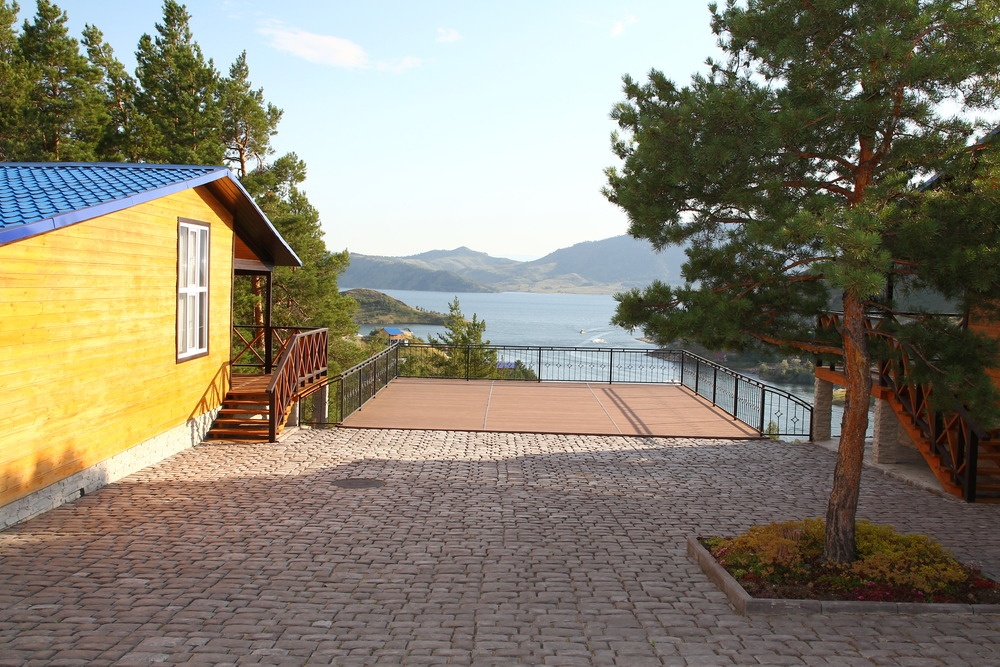 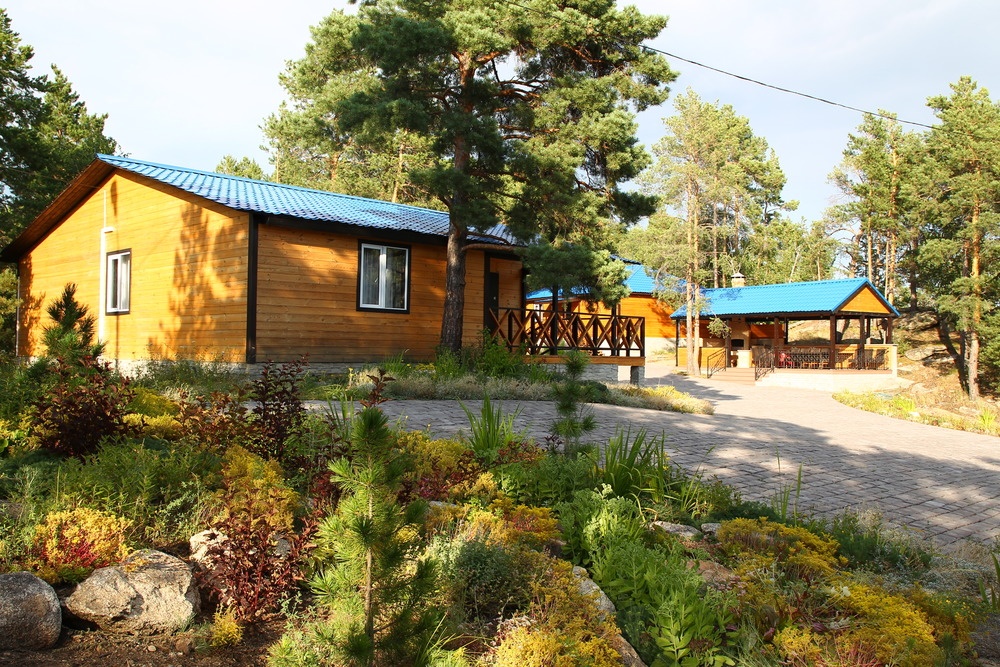 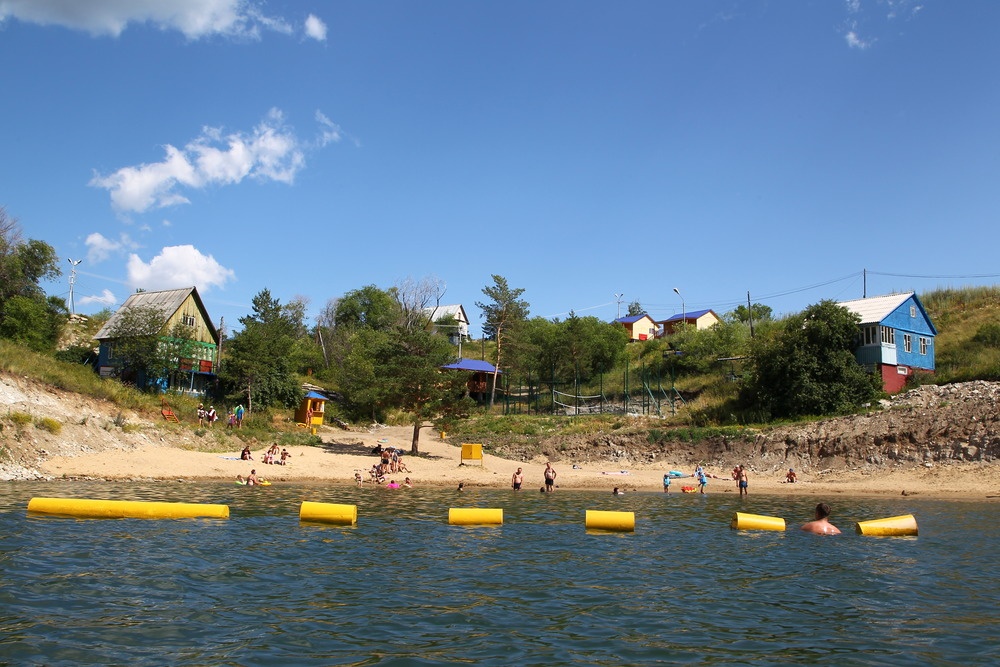 On the picturesque bank of the Bukhtarma reservoir, there is a UKTMP recreation center Volna. Up to 3,000 employees and their family members spend here their holidays annually during summer. There are 53 cottages with accommodation for 3-5 people, a sandy beach, catamarans, boats, a volleyball court, a buffet, a cafe, billiards. 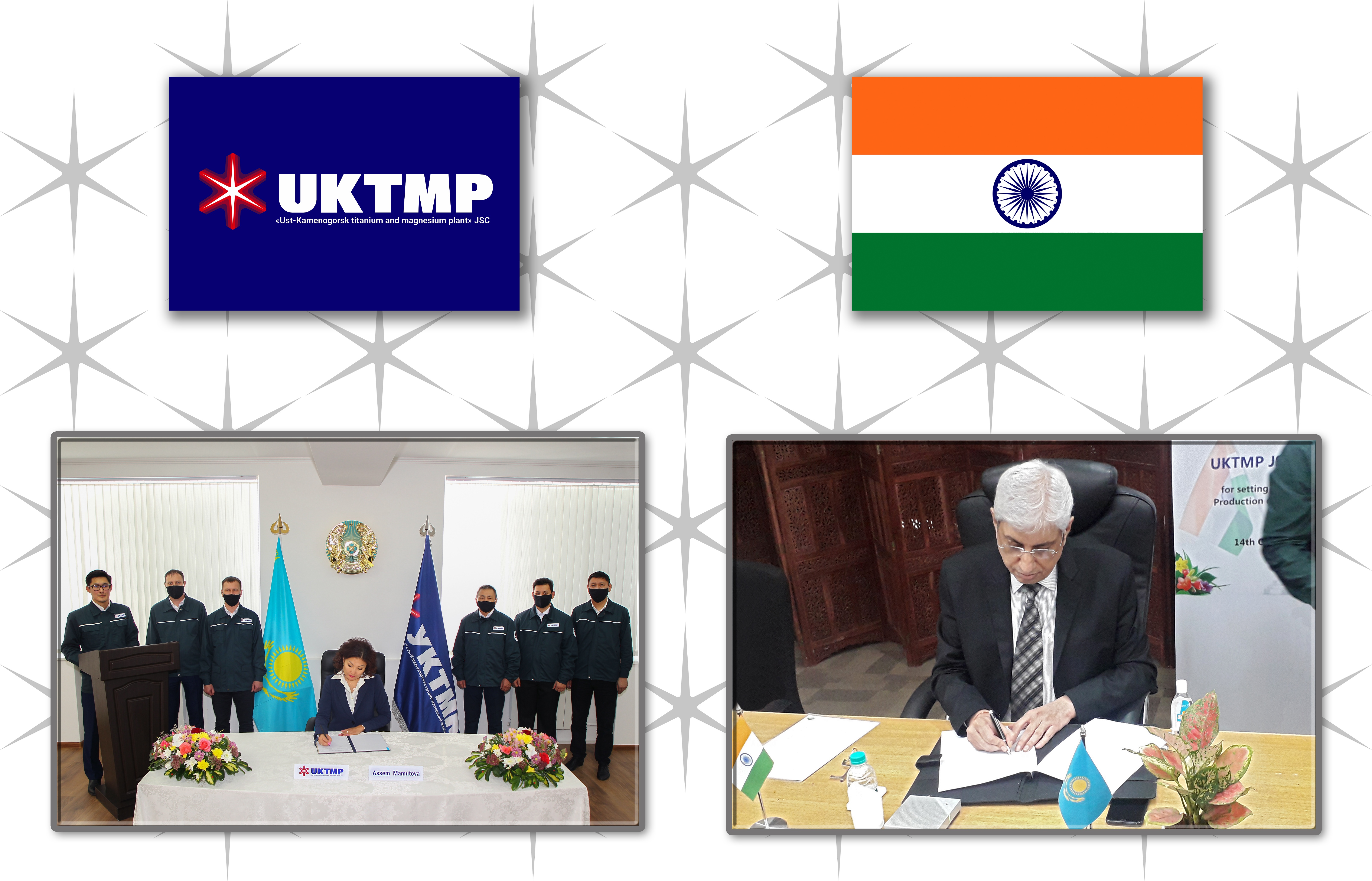 Signed Memorandum of understanding on establishing...

On October 14, 2020, Ust-Kamenogorsk Titanium and Magnesium Plant JSC and the Indian state-owned company IREL Limited signed a Memorandum of Cooperation, the purpose of which is to buil...
More details 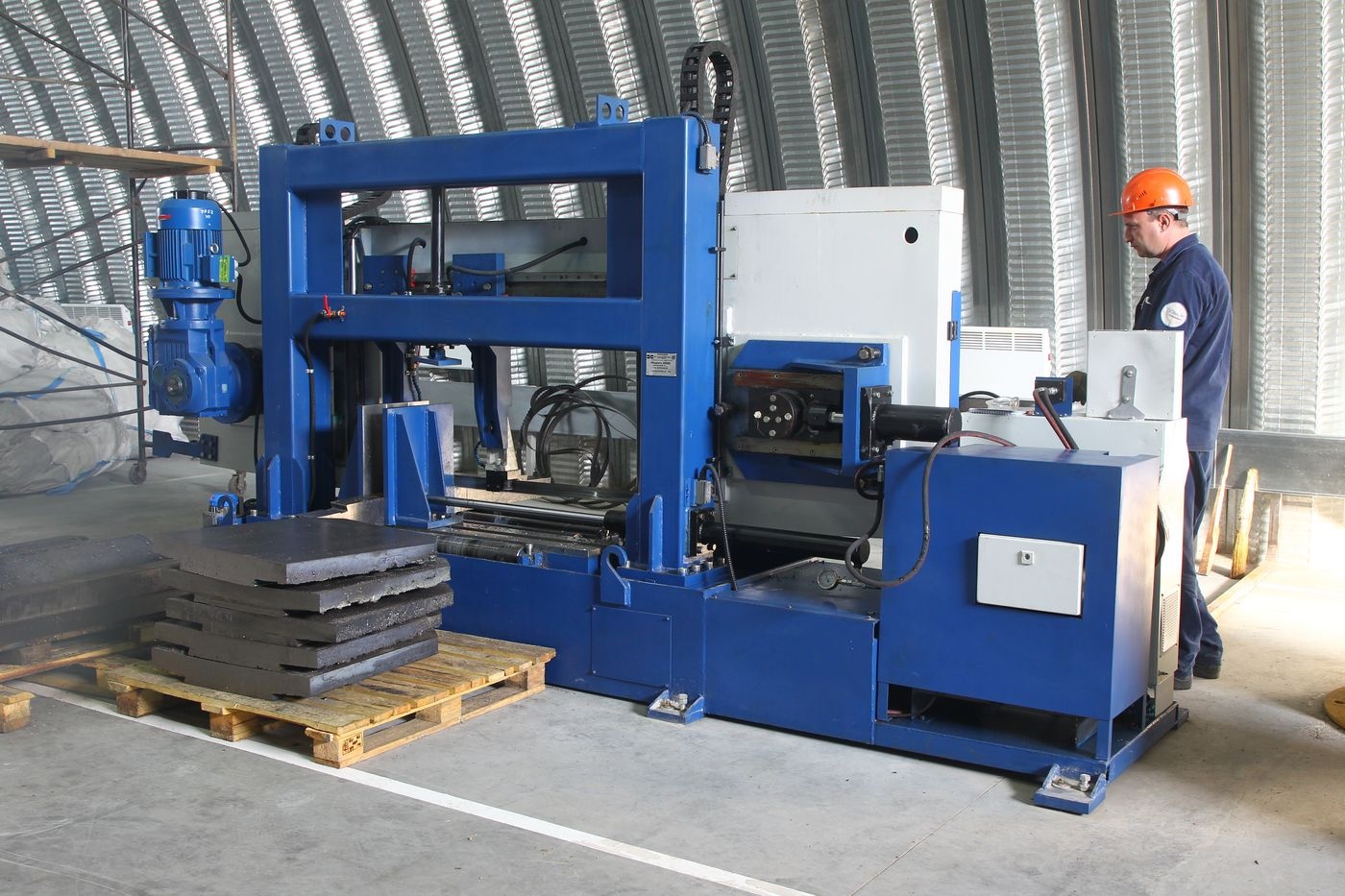 This is the way against the scrap

Secondary metallurgy is developing in the group of companies of UKTMP JSC. There has been fully mastered a new technology for processing production tailings with the release of finished...
More details 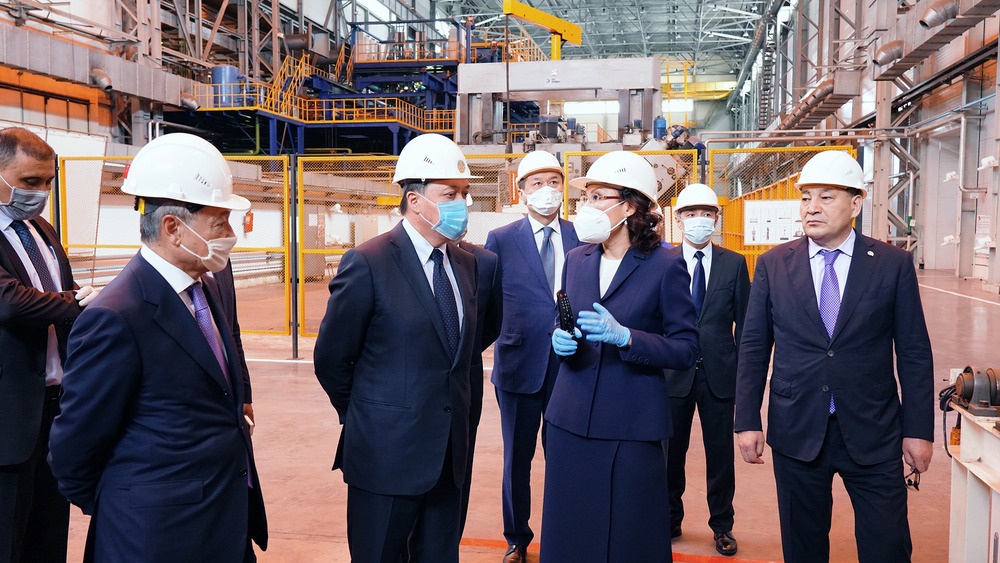 UKTMP JSC IN THE CENTER OF INDUSTRIAL DEVELOPMENT...

The Prime Minister of the Republic of Kazakhstan Askar Mamin paid a working visit to the East Kazakhstan region. One of the points of the business trip program of the Head of Government...
More details 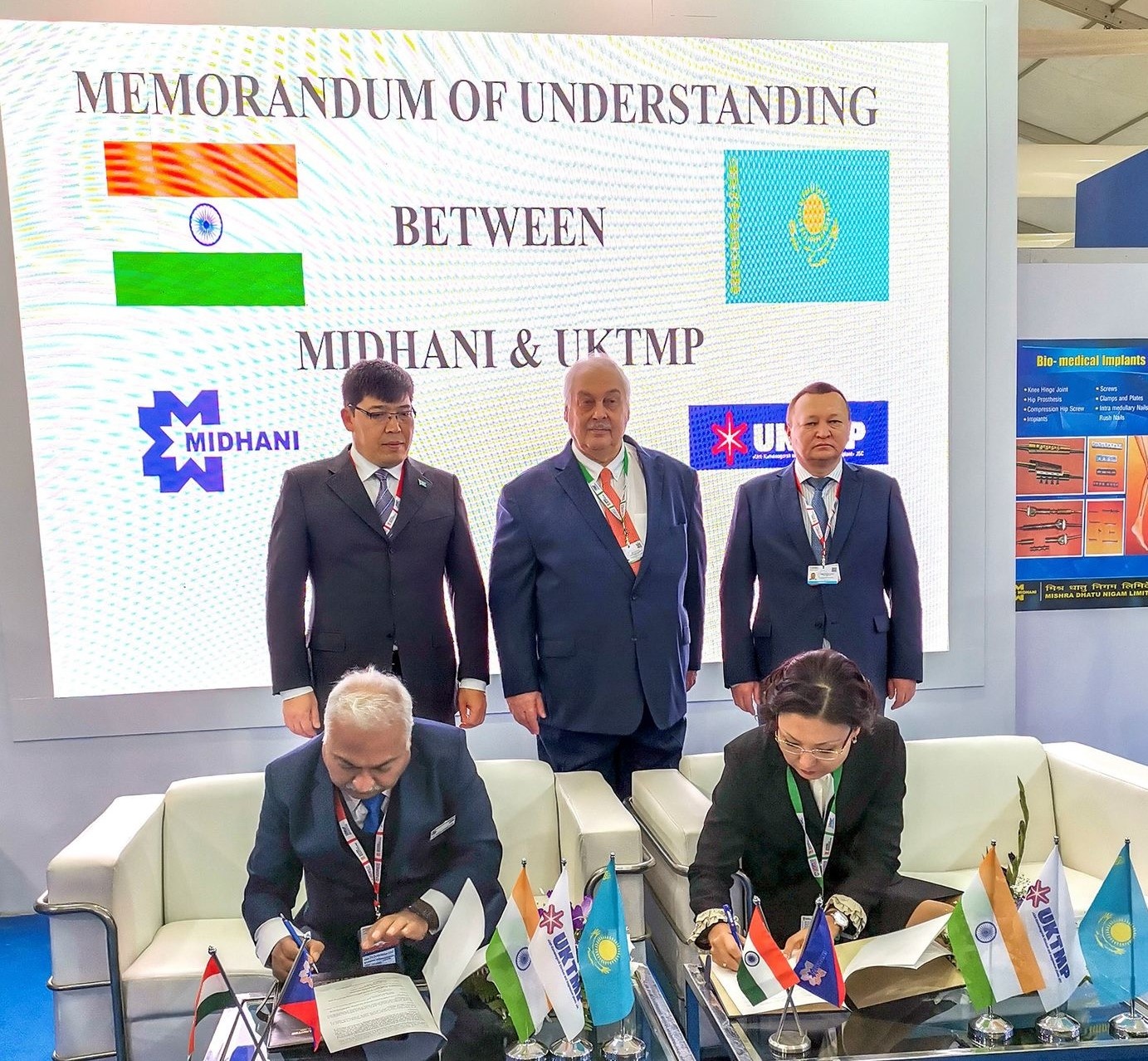 A MEMORANDUM of UNDERSTANDING SIGNED BETWEEN UKTMP...

From February 5 to 9, UKTMP JSC took part in the 11th international exhibition "India: a developing center of defence production", held in the city of Lucknow (Republic of India).
More details